The Exhibition was built as a quick prototype to test out interacting with chronological data on a globe. It is based off of the open source The WebGL Globe Chrome Experiment, which encourages developers to create their own version of it. I created a new map texture in Photoshop based off of the one in the original source code and added a Three.js raycaster to make the globe markers interactive. The example data is based off of the location of pieces of art in the world today, and what year they were originally created. 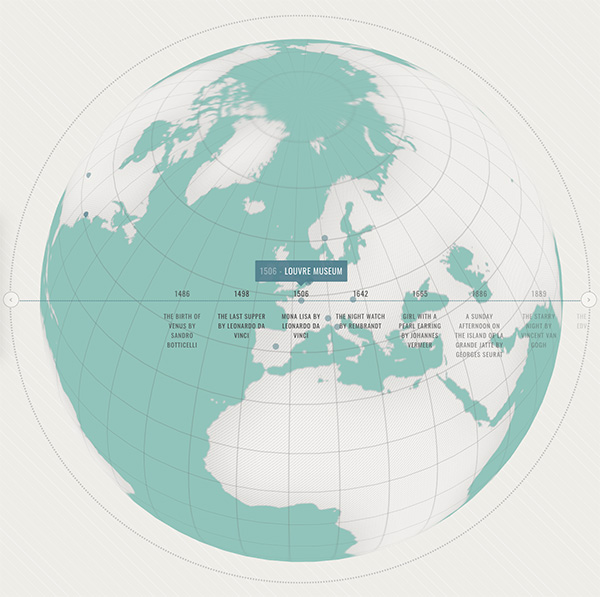